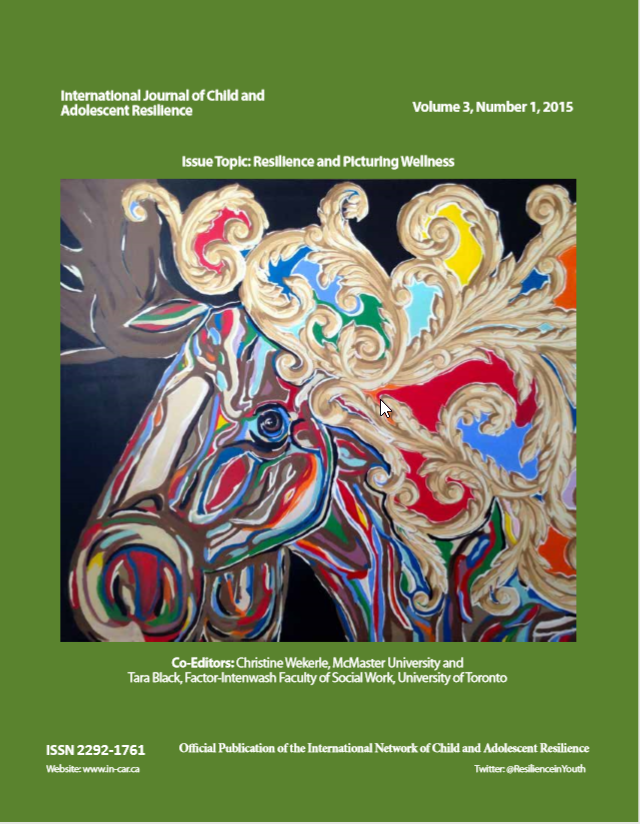 Objectives: Although culturally relevant programming has been identified as a promising practice for promoting resiliency among First Nations, Métis, and Inuit (FNMI) youth, the specific ways in which these programs contribute to wellbeing are unclear. The Fourth R: Uniting Our Nations programs include an array of strengths-based culturally relevant programs for FNMI youth that have been found to increase wellbeing. The purpose of this study was to explore how culturally relevant programming provides a forum for intrapersonal and interpersonal growth. Methods: In-depth interviews were conducted with 12 adult FNMI community and education stakeholders who have had extensive involvement with the programs. Interviews were transcribed and analyzed with an inductive approach through the use of open-coding. Results: Two themes emerged to clarify the relationships between culturally relevant programming and youth wellbeing. The two interconnected themes were the importance of identity and belonging, and the role of cultural connectedness in promoting wellbeing among FNMI youth. Conclusion: Culturally relevant programming provides a powerful opportunity for youth to develop their personal sense of positive cultural identity and feelings of belonging. In addition, the sense of connection to culture was seen to have a direct positive impact on youth, partly through combatting shame. Implication: Culturally relevant programs such as those described in this article have the potential to increase youth wellbeing and resiliency by increasing sense of identity, belonging, and connection to culture. These opportunities may be particularly important in the school setting, where historically cultural identity was suppressed, leading to experiences of shame.